Climb to the sky on a roller coaster, zip down a waterslide, and rescue a captured princess. Kids of all ages and adults too, love to escape reality for a day at an amusement park, and the Big D delivers. Dallas Texas is known for its thrilling variety of amusement parks. Don't leave town without visiting one of our unique theme parks, and come again for more thrills at another. Here are the top three amusement attractions in Dallas.

King Spa & Water Park is a unique amusement park that caters to adults, but you don't have to tell that to the kids. They'll never know once you take them by the lively play pool with its slides and lazy river. This amusement park has a calm section for you to unwind and float about while sipping adult concoctions from the poolside bar. Enjoy a special pool with massage streams and jets, and spas with themed relaxation rooms. It all adds up to being one part spa, and one-part water park. King Spa & Water Park is open the year around. The play pool is open on weekends from Friday through Sunday.

Visit the ultimate indoor playground inspired by the famous Lego building blocks. The amazing MINILAND attraction itself is constructed from over one and a half million Lego blocks. The Kids get to help rescue a captured princess while dodging beastly trolls in Kingdom Quest. Kids of all ages (adults too) will love the 10 Lego build and play zones. But this amusement has more than Legos. You'll find three rides and a 4D cinema. Better yet, Dallas LEGOLAND is located in the Grapevine Mills Mall. It's a great place to stay out of the Texas heat.

Six Flags Over Texas is the granddaddy of all amusement parks and has gained fame since 1961. There are currently over 45 thrilling rides and attractions in this 212-acre theme park. Pick your choice of 10 roller coaster and three water rides or take them all in. Some rides are designed for tweens and teens, and toddlers have their own designated play spaces. Purchase a Day Pass or for the whole season. You can get a Flashpass which means you won't have wait in line. Six Flags is located in nearby Arlington, Texas. 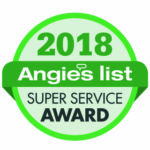